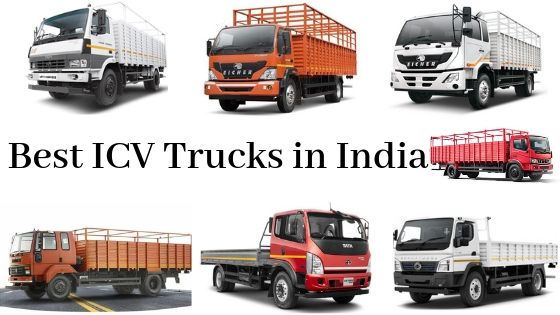 Intermediate Commercial Vehicles are classified with Gross Vehicle Weight (GVW) from 7.5 Ton to up to 16.2 Tons. A business owner who requires the vehicle for intra-city or short inter-state transportation of goods will find the best use for these ICV trucks. These are mostly powered by a 4 cylinder engine with Exhaust Gas Re-circulation (EGR Technology) of emission control. ICV trucks in India usually come equipped with day cabins and fully built-up rear load body options.

The list of the best ICV trucks in India:

We hope you liked are broader level detailing of the best ICV trucks available in India today. We would love to hear from you in the comment section for any doubts, clarity.

Share:
Made with by SHANN Design Inc.
© Copyrights 2019 ARRSHAN LOGIX. All rights reserved.